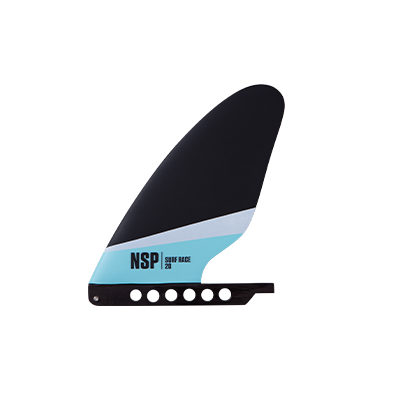 For beach racing, buoy racing and the ability to pull off consistent kick turns in the middle of a race, the NSP Surf Race 20 is the more appropriate fin. Or in Travis’s words; it’s the fin better suited for turning and surfing.

Carefully crafted to deliver the desired fin properties required in SUP racing: tracking, stability, efficiency, speed, and acceleration. Suitable for pros and intermediates alike, this fin has been optimized to maximize efficiency: