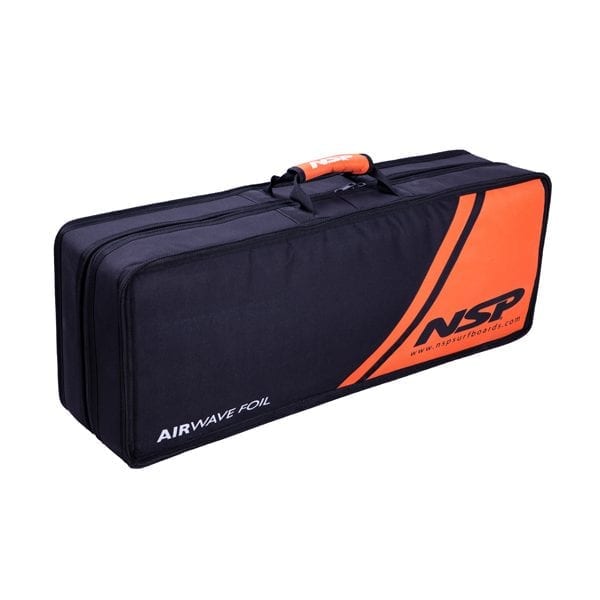 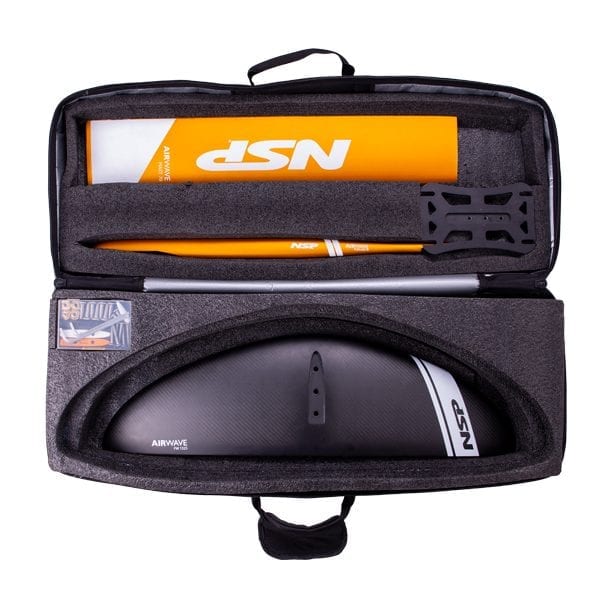 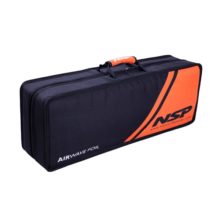 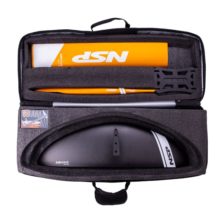 Airwave 1700 set is perfect in small to medium-sized waves,

The Airwave 1700  set will accommodate heavier riders as well as make a great platform for wing foiling. Designed for surf,  SUP and wing foiling the NSP Airwave can be tuned additionally with the three included shims.

With low-speed take-off and excellent rider feedback, the NSP Airwave lifts early. The FW 1700 benefits from a higher surface compared to 1325, making it perfect for heavier riders struggling to get on foil. The efficient wing design in combination with an incredibly stiff fuselage built from marine-grade aluminum allows for an extra amount of control and stability, making the Airwave 1700 set perfect for a wide variety of foiling.

The surface of 1700 cm² in combination with the 330 cm² back wing leverages your pumping action while creating appropriate lift and stability at very low speeds, making this the ideal setup for small waves and swell that doesn’t have that lift you see from bigger waves.

Precision manufacturing means 100% alignment of the wings and heavy-duty construction. The NSP Airwave is ideal for both entry-level and advanced foilers.

A word on choosing your hydrofoil

With a wide range of foils available in an even wider price range, we recommend choosing a foil from an established manufacturer. As you will progress, you will want to adjust your mast length, wings, and other components and choosing an established brand means you will have that option.

“The agility and speed that this foil offers is unbelievable when driving the foil into hard cutbacks…”
Ty Judson – International NSP Teamrider:

Surf, SUP or kite
Suitable for different kinds of foiling, your Airwave can be tuned with a wide range of aftermarket options to customize your unique foiling style. Different size masts, wings and back wings are all available; talk to your dealer.

Read up on the Airwave user manual here.

With the French being one of the main markets in water sports, WingSurfer Journal is a publication reporting on gear, destinations and riders for the French-speaking market. Check out their review by clicking their logo below:

To get a feel for the NSP Airwave and seeing one getting assembled, make sure to check out this video by Ty Judson for a quick breakdown and some tips on efficiently connecting the board and base.