Even though Japan is not primarily known for its Surf culture, it really should be. Japan has some of the longest coastlines in the world and as such there is a vibrant surfing culture in the Land of the Rising Sun that any travelling surfer ought to explore.

On that note, we are more than happy to welcome another waterman into the fold – Dane Gillett an avid photographer, runs Splash Guest House and manages www.surfinginjapan.com for everything Surf related in Japan.

Originally from the UK, Dane has spent over 20 years in Japan, exploring the local surf culture from day one and actively contributing with the guest house, his photography, the website and of course Japan Surf Tours, for those looking for a local guide.

Dane:
“The story of surfinginjapan.com goes back about 15 years, when I started with surfing in Japan. I got frustrated very quickly by the lack of info in English.

Luckily, I had my Japanese surf buddies and they were taking me to many different spots. I began taking notes to memorize the places. Plus, I was chasing webcams to check the surf conditions and to make sure the long drive to that beach would be worth it.

It seems like I hit a gap in the market, because very soon I had over 600 links from surfers, bloggers and photographers in Japan, all driving traffic towards surfinginjapan.com.”

Becoming an Ambassador for one of the largest & best surf & SUP brands on the planet has been a dream for many years, coming to fruition today. My plan with Splash Guest House, Surfing In Japan, JapanSUP, Japan Surf Tours & Dane Gillett Photography has always been to offer a place where locals and foreign surfers can fly in and experience Japanese surf culture first hand.

From beginners to experienced surfers, anyone can feel comfortable travelling with- or without their boards or knowing we provide high-quality service, accommodations and equipment. NSP is the perfect brand to team up with on this next chapter.”

Japan’s surf culture has remained static for several years, but with the recent developments around Wave Pool technology, the upcoming 2020 Olympics and the buzz of a WSL-Surfpool being built in Tokyo, the surfing world is slowly converging on Japan.

And rightly so, Japan is an island nation and is often on the receiving end of some very serious swells. There are several famous spots in Japan, like:

And of course Hebara Beach in Katsuura, Chiba. As the first Olympic surf spot for 2020, this will be the spot to get in some training before the Olympics kick off. Having someone showing you the ropes of not just the spot, but everything around it as well will be valuable. Very few locals speak English and you will find it hard to get around on your own in the beginning due to the Japanese signage. 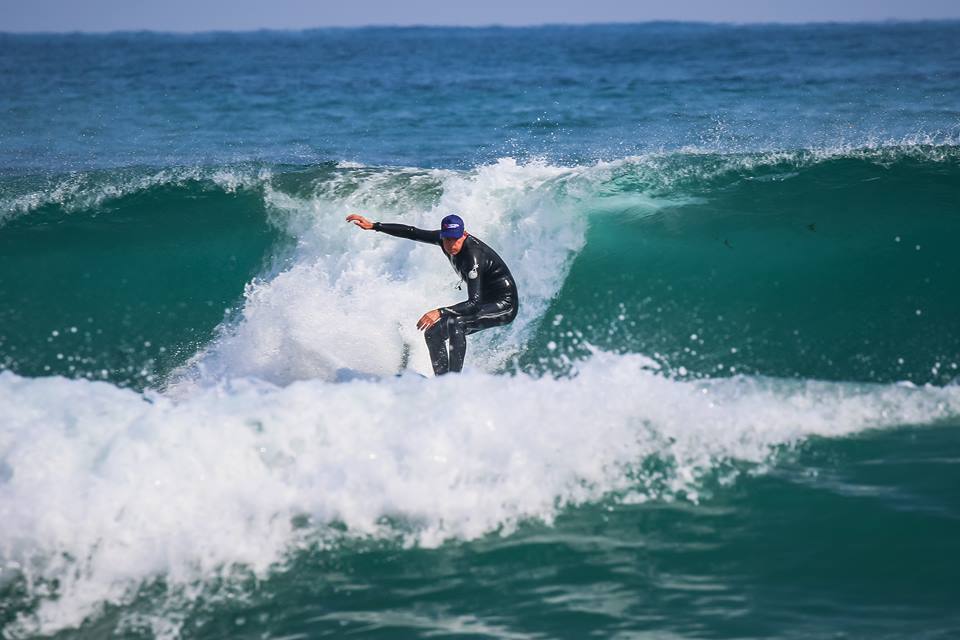 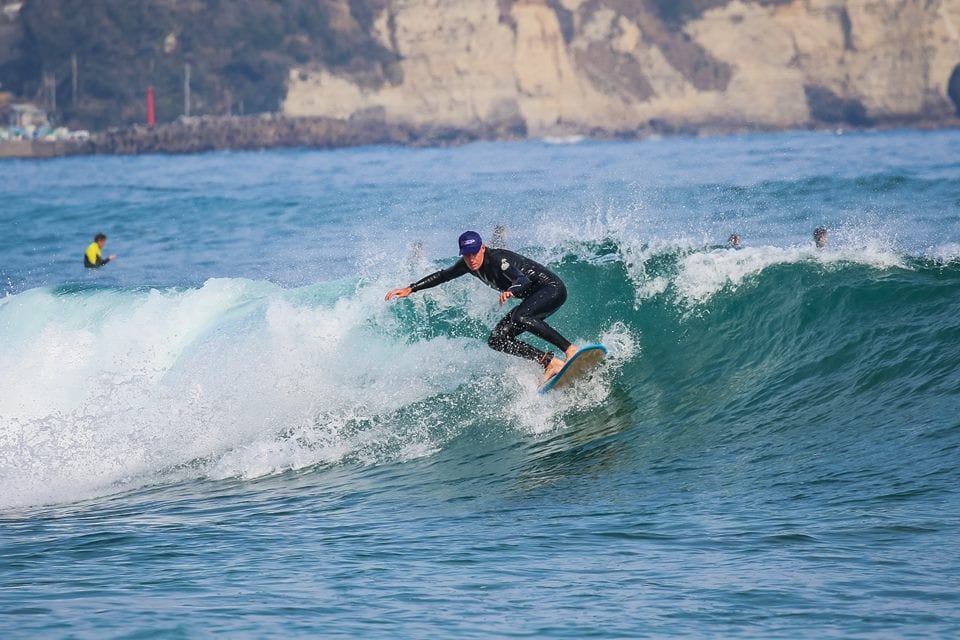 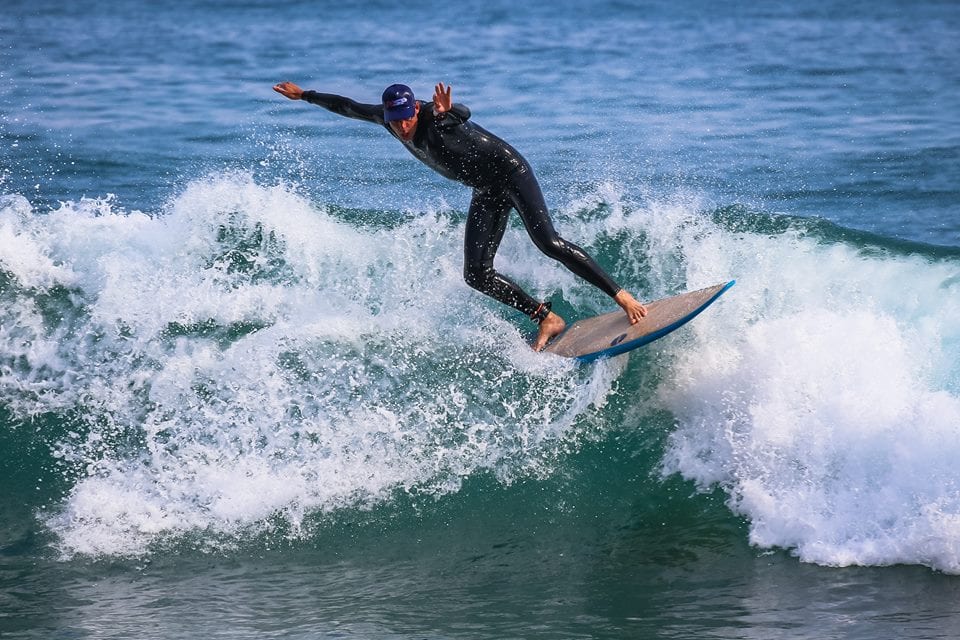 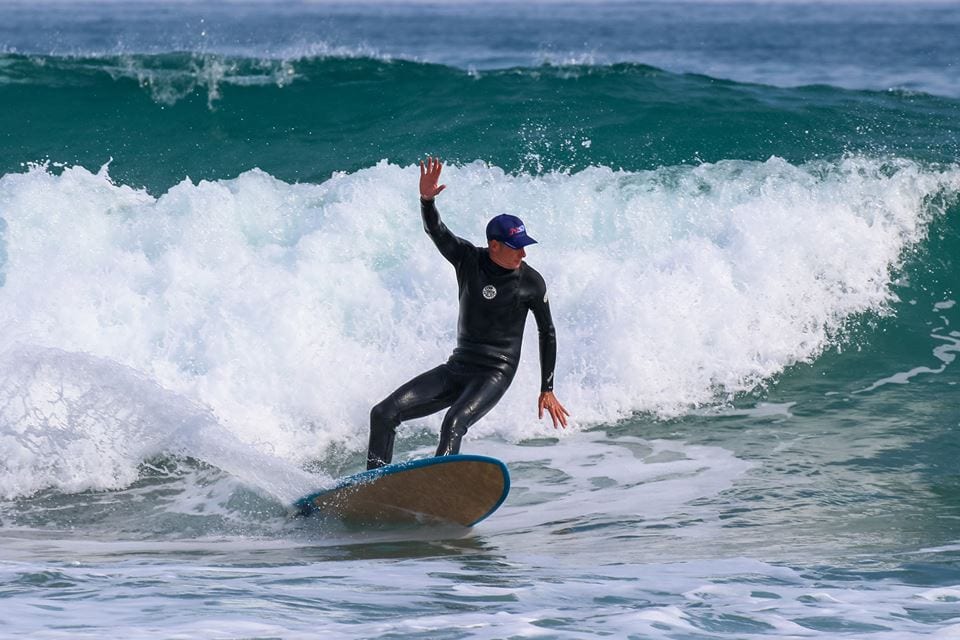 Dane and his guesthouse are a mere 20 minutes away from that Olympic spot and are able to organize regular trips to Hebara and other local spots you would never know about as a tourist.

In Japan, where few people speak fluent English and signage is in Japanese, knowing someone who surfs really pays off. Dane and his family are full-on locals and committed surfers, paddlers and swimmers; Dane’s son, Ralph, is already a junior lifesaver at Katsuura and his eldest son, Rusty, is following in the footsteps of his dad in becoming a great surf photographer (all images of Dane are taken by Rusty). Dane’s wife of 15years, Madoka-San, manages the businesses and keeps the family running smoothly.

If you haven’t checked out surfinginjapan.com, make sure you do before you pack your boardbag and fly off to Japan. Or better yet, leave your boards at home, and stay at the Splash Guesthouse?