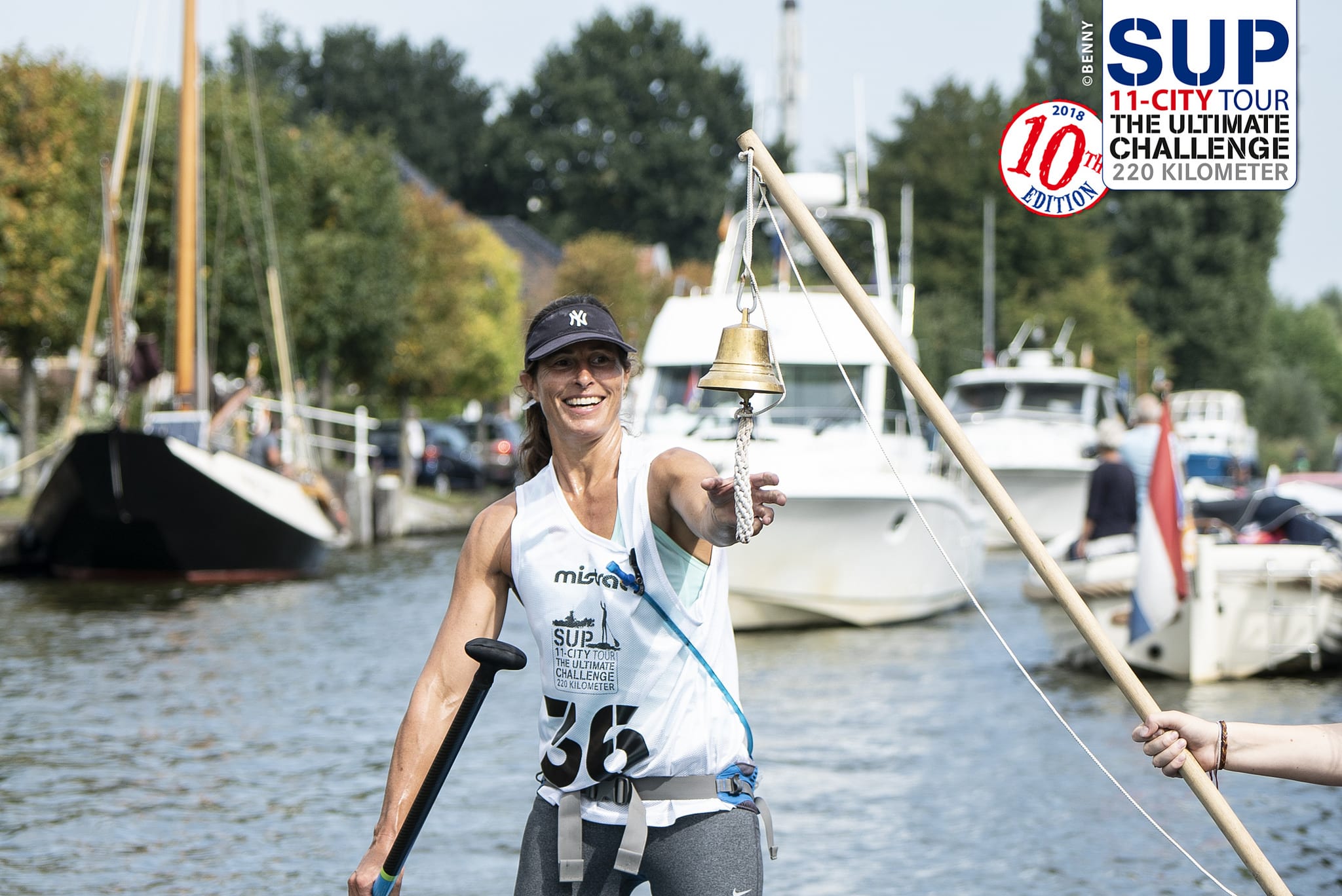 Morene joins NSP as an accomplished long-distance paddler and engaged waterwoman who loves to explore the waterways of the Netherlands, alone or together with M & M clients from M&M SUP Amsterdam. Coming from a background in journalism, she made the change from working indoors to outdoors and hasn’t looked back since.

So anyone looking to check out Amsterdam from a perspective unlike any other in the city; give Morene a ping to see when the next tour or event is planned.

Morene:
“I started paddling my local canals in 2008 and opened the first sup school in Amsterdam in 2011, M&M SUP Amsterdam. In 2010 I attended the 11 city tour for the first time with a team and paddled that race 4 times since, securing two 1st places as a team. I’ve also done the 11 city race alone three times and became Dutch champion back in 2012 in the 12’6 class.”

The Netherlands is made for SUP
With the majority of the country being completely flat, cities, towns and roads are often connected by waterways.

Amsterdam and some of the other cities like Haarlem, Utrecht and Leiden stand out with their canal structures. Tourists will often book a tour on one of the many canal boats.  These circular structures offer a unique view of the city and exploring these very old canals by SUP is a great way to get to know the Dutch and their waterways on your terms and at your speed.

“Today, racing is not my main focus anymore but I do paddle almost every day. Even right now in the winter, and I’ve started working on our SUP adventure packages. Long distance races such as the Dordogne Integrale in France are on my schedule as well”.

“When it’s off-season I organise SUP trips abroad to places such as Bonaire, Curaçao, South Africa, Spain and Slovenia and I love to show people these beautiful places by paddleboard. Whenever I paddle on my own I usually grab a Ninja 14 x 25 for its flatwater qualities and I am looking forward to add the 2019 version to my quiver, along with a Carolina 14 x 22.5 for open water runs.”
“When I take clients out cruising, we usually explore the waterways with NSP Allrounders or Allrounder soft-tops.“
Scroll Up