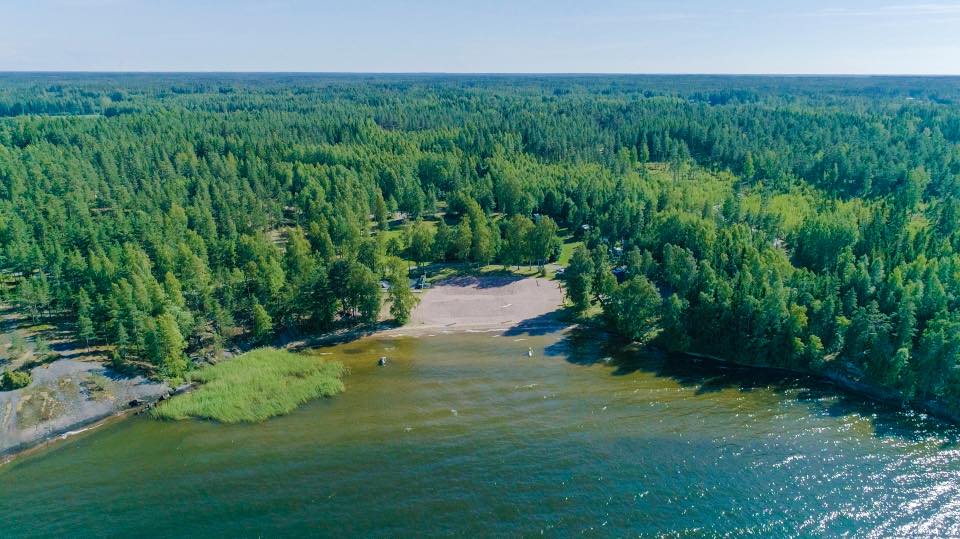 “Arriving with my brother Maui on Friday afternoon in Helsinki we made our way three hours drive up north to the small hidden place Sieravuori in the middle of one of Finland’s many forests.”

“Last year this event marked my first ever participation on the EuroTour and it was great to be back. That same evening we began with the official 3.2k “Midnight Sun Beach Race” starting on the small beach at 10pm at night. With the sun still being up this late it was a special experience as we went to a little rock island and back where we could already notice some promising little “bumps” for next day’s downwinder, considering the little wind we had that night.”

“Coming back to shore with the sun setting I took the win in this fun race and although I was tired I was looking forward to the race the next day. When waking up next morning one could already see the trees moving in the wind and a great sunny day awaited us. At 1:30 pm all competitors made their way up to the north end of the lake where we (just like last year) started all together on the water.”

“After a short stretch of pretty flat water, the bumps slowly started to increase. My start was pretty good and after a short battle, I decided to draft Susanne Lier for a while before deciding to go for the split and making my own way downwind. The bumps were fun and I managed to surf them well. It was also great fun to race and surf alongside my brother for a big part of the race, as he competed in the men’s elite.”

“I also found it interesting to see where the competitors chose to go as they found their own lanes. After 12.8k of perfect downwinding on this big lake, I reached the beach first with 2:15 minutes over Susanne Lier. Especially in the last part of the race, it was all about surfing and reading bumps as well as being able to surf sideways and I really love these technical aspects of sup racing!”

All pictures and video by The Euro Tour unless stated otherwise