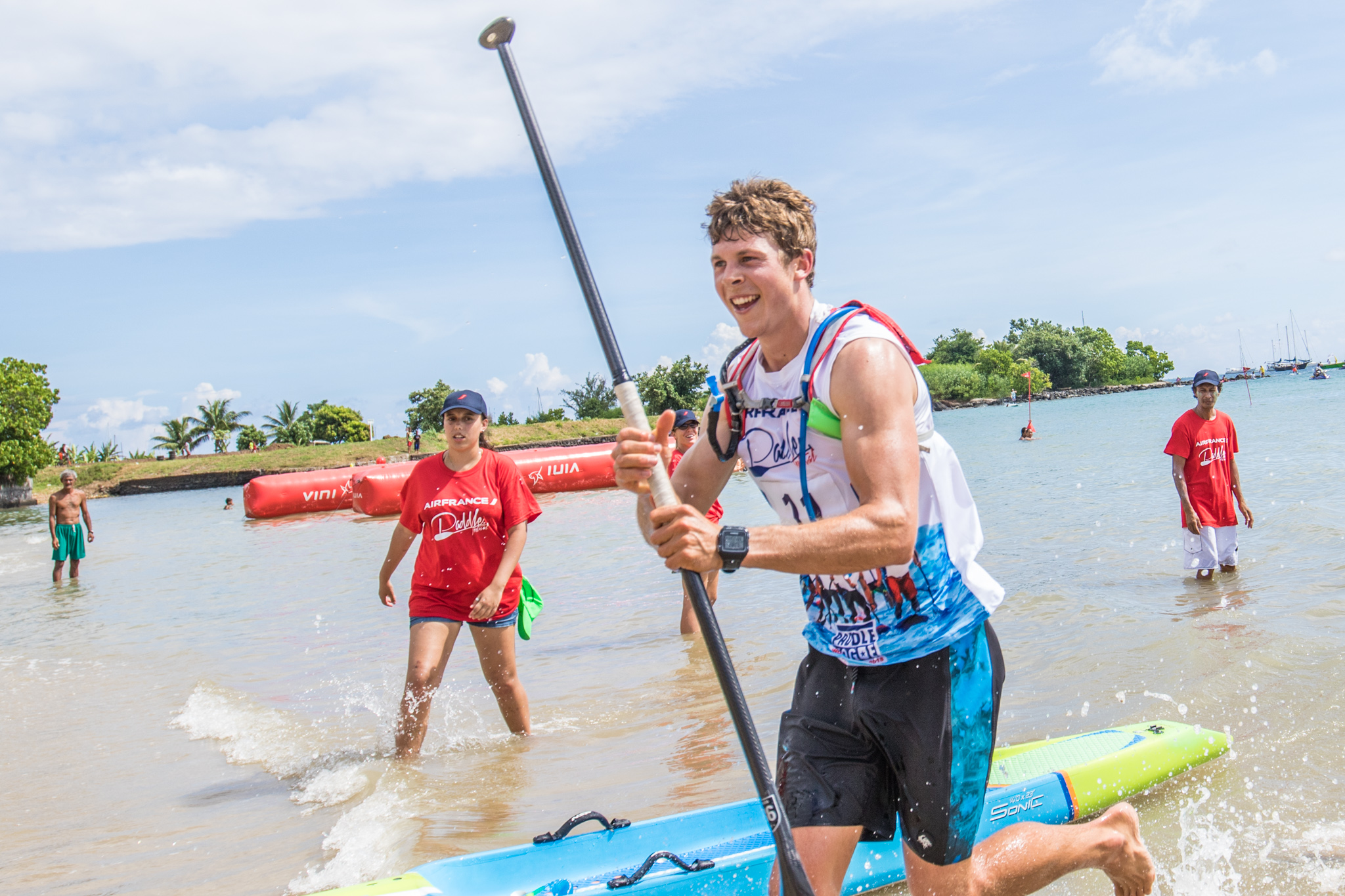 This 5th edition of the Tahiti Paddle Festival took place at Maeva Beach, with the Lagoon Race kicking off at 08:30 AM and the last race of the day starting at 03:15 PM.

This was the first event on the 2018 Paddle League World Tour Schedule, so even though the previous Tahiti Paddle Festivals have been a predominantly French affair, this year saw even more international athletes. And while the forecast predicted challenging weather at the beginning of the week, this gradually changed until one day before the race, officials were talking about ideal flat conditions. Little was said about the scorching heat that caused even some of the big names to abandon the race.

In the end, it was the stellar performance of Marcus Hansen and his NSP Sonic 14’0” x 23″ that blew the competition away. The New Zealander paddled inside the front-running pack consisting of the Tahitian locals and fellow NSP teamrider Titouan Puyo.

Michael Booth was leading most of the race, but Marcus broke free from his group towards the end, caught up with Michael and eventually gave it his all with a few hundred yards remaining, securing a well-deserved victory (full results below).

Note that this is a repetition of last year’s competition, where another outsider (and NSP rider) named Yoann Cronsteadt snatched away the win from local Tahitian warriors.

With the Air France Paddle Festival in Tahiti officially kicking off the 2018 tour, and the Carolina Cup being the next event in the US, Marcus Hansen is now officially leading the rankings. Here’s what the 25-year old had to say:

“I only arrived yesterday morning on Tahiti and didn’t have time to train but I love Tahiti. I will leave tomorrow again,  so it really was a short and successful trip. I’d like to thank the Polynesians for their hospitality as well!”